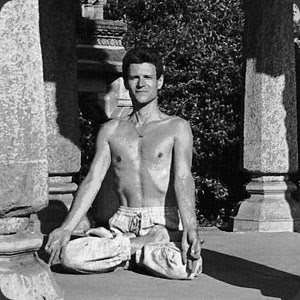 My teacher Suddha is on the cover of Chicago Athlete magazine. He appears in an article about choosing The Right Yoga for Your Workout

It's good that they have discovered this thing called yoga.....

and that they knew enough feature one of the city's old-school teachers (who is generally credited with bringing Ashtanga to Chicago but is now heavily influenced by Yin Yoga).

When one of Suddha's long-time students saw the magazine in the shala, she snorted and said, "He looks exactly the same as he did in 1984."