A MAGICAL RETREAT
What a peaceful, healing weekend it was! 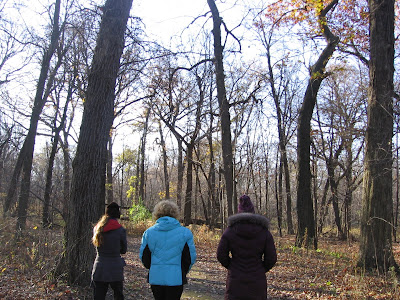 The Port for Prayer is a special place that has been absorbing spiritual vibrations since the Franciscan Sisters founded it back in the 1880s. It is surrounded by St. Francis Woods and is super-shanti (peaceful). 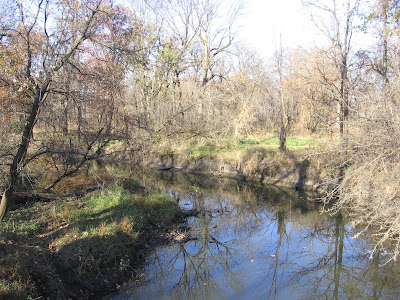 Free time was built into the retreat. Some people got massages. Some napped. Others found a quiet spot in one of the many quiet nooks and read. Meandering walks were also popular. 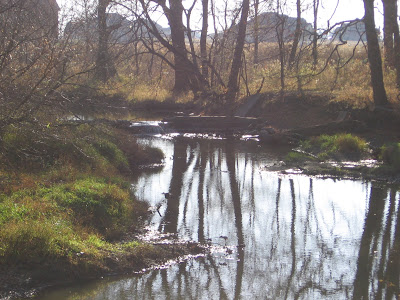 It was a treat to hike in the brisk, clean air. It's so much easier to calm the mind and see God in nature. 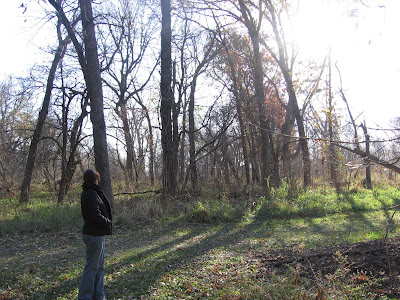 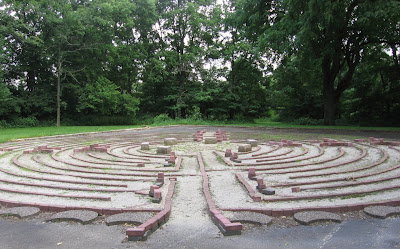 Many of the retreat attendees walked the labyrinth, which is an ancient meditation tool. 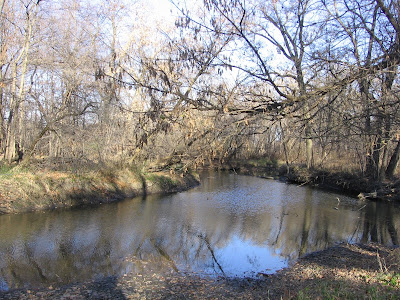 At night we tended a fire (not pictured) and gazed at the stars - and there were many because we were in the country and it was a new moon. We also heard about St. Francis of Assisi. He sounds a lot like a yogi, as he was a mystic and renunciate who helped the poor and is the patron saint of animals and the environment. J. knew all about him after reading about him at our (vegan) supper, which was conducted in mauna (silence).* 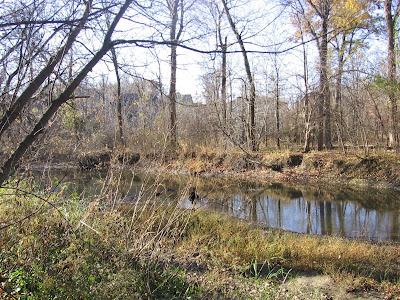 Spending the weekend immersed in the holy science of yoga is as healing for the teacher as it is for the student, if not moreso. The student, after all, is also the teacher. 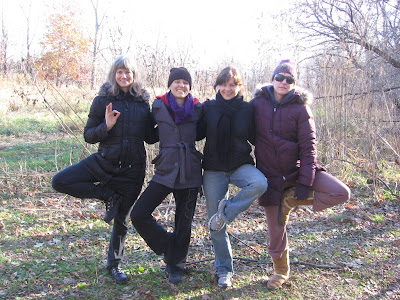 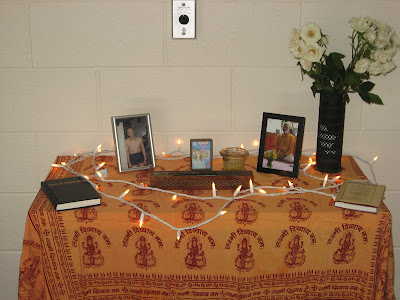 It's a good thing we turned back the clocks and got an extra hour of sleep!

Still, we were tired, and the number-one requested pose on Sunday was pigeon, which has many variations. 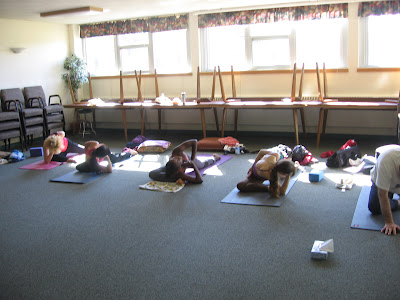 The next retreat is March 26-27.
Mark your calendars now!