Saturday marks Diwali or Deepavali, the Hindu new year, also known as the festival of lights. It is also celebrated by Sikhs and Jains.

That would make today the final day in an annus horribilis; perhaps the computer dying today, and then getting caught in a bitter rainstorm while on the bicycle will serve as the final nails in the coffin of Hindu Saka Era 1930. 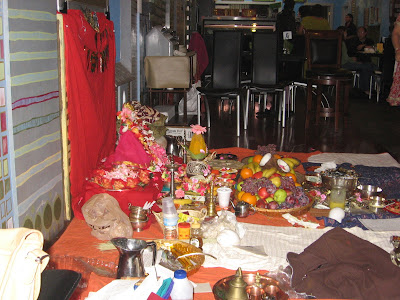 Diwali itself began nicely enough last night, with a wonderful Lakshmi puja at a nearby restaurant. The intimate event went on and on, and included a small homa (fire ceremony) at the end, as well as singing, spinning in circles and of course feasting. The crown of the head was vibrating by the end. The priest from the Balaji Temple in Aurora was wonderful, inclusive *and* funny, and seemed genuinely surprised when I said "wamabaga" and held out the left hand during the string-tying part of the ceremony. (The photo above shows how Lakshmi, the goddess of wealth, looked after being bathed and dressed during the puja. She is on the left. Another version is below).

Saturday is a good day to buy Lakshmi coins, to ensure wealth of all kinds in the coming year. I usually buy an affordable silver one, after doing some comparison shopping. They can be purchased at jewelry shops on Devon Avenue; read about my favorite ones here.

Most local temples are holding events events on Saturday; click here for a listing. And on Sunday there's a Diwali puja and celebration at the (Hare) Krishna Temple in Rogers Park, starting at 5:30. For more, go here.

And have a happy, peaceful and prosperous new year. 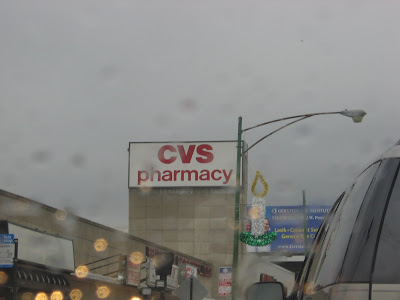