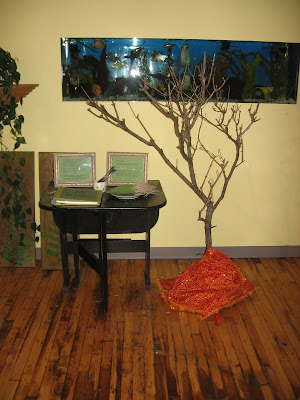 The Latex Gals' new interactive installation makes it debut at The Ravenswood Artwalk, which takes place this Saturday and Sunday from 11am to 6pm, and starts at 4256 N Ravenswood.

Called "Ill. Wishes," it will appear as part of a special one-time-only extravaganza called The Blago Project, which will feature work inspired by and about disgraced former Illinois Gov. Rod Blagojevic. The gallery is in his former office - the one that was wiretapped - at 4147 N. Ravenswood.


The centerpiece of "Ill. Wishes" is a wishing tree, upon which people may hang their hopes for the state of Illinois, post-Rod. 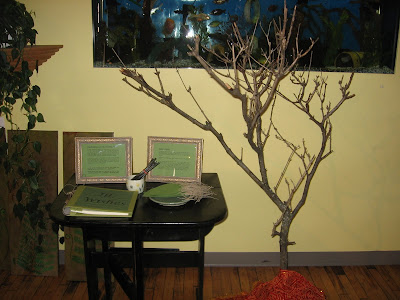 Here's some text from the installation...


The Tradition of the Wishing Tree

In Asian Buddhist tradition, it is believed that if you put your wish on a piece of paper and tie it to a tree, the wind will blow the words into the air and your wish will come true. In India, the kalpa or Wishing Tree is one of the celestial trees in the god Indra’s heaven. It grants whatever is asked and leads the aspirant liberation from the bondage of karma.

In the West, people have believed that certain trees contain spirits, and that you could make a wish by touching the trees (hence the term “touch wood”), or by walking around them three times in each direction. Sometimes, coins are offered - which can be effing golden.


In the spirit of hope for the future, what would you wish for the state of Illinois, post-Blagojevich?

Please write your wish on a leaf and tie it to the tree to bring it back to “life” - or write it in the green book.

Six Illinois Governors have been arrested or indicted since the state entered the union in 1818 (Seven if you count Gov. Joel Aldrich Matteson [1853-1857] and his shoebox full of money).

“Illinois” is an Algonquin word that means “tribe of superior men” 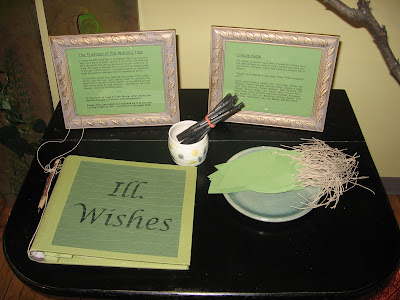