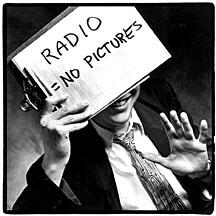 STOP, CLEAN AND LISTEN
Ira is a hero in more ways than one*

This week's installment of This American Life, called After the Flood, is utterly amazing. It is some of the best radio I've ever heard, period, and I had to stop cleaning the house to make sure I heard every word. Suffice to say neither Sarah Vowell nor David Sedaris weighed in with quirky essays about New Orleans and what it means to be an American / ex-pat.

We hear the show live on Friday nights here in its hometown but it airs all weekend around the country. Simply click on the link above, find to "Where to listen" on the left, put in your state abbreviation and go from there. It'll be archived on the site next week.

Really, even if you're overwhelmed with flood coverage, do this. Hearing firsthand interviews with people who were chased and shot at by the representatives our government while trying to escape the city -- and hearing about looters as saviors --completely contradicts everything we've been getting in the mainstream media. And this from a show that extolled the macho exoticism of riding on a US Navy air carrier not too long ago. It's must-hear radio. And, for the moment anyway, it's made right here in Chicago.