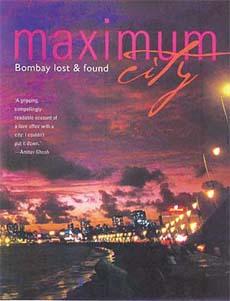 WHATEVER DOESN'T KILL YOU, YOU CAN WRITE ABOUT*

"When you write your first book, you really have no idea what you're going to do. When I signed my contract** I was elated. But then I had to write it."

"I think the trick is to keep sending them pages."


"Write what feels true to you -- then see what the editor thinks."


Yes, but what if it's just a bunch of lists?


*A goonda put a gun to Suketu's head while he was researching MC:BBLF

**Beware of any "joint accounting" clauses.

***Suketu, who used to write for Chicago-based Computer Reseller News (or as he puts it, "the National Enquirer of the computer world"), got his book deal based on an article he wrote for Granta, about the 1992-93 riots in Bombay.

****He too types while the interviewee speaks

*****His heroes are old school New Yorker writers Joseph Mitchell and A.J. Liebling, who penned the infamous Chicago: The Second City. My hero is him.

"Studs Terkel tells a story where he was asked how he gets people to talk. He said, 'I listen.' But the problem in India is not to get people to talk but to shut up."
Posted by Kali Om at 6:07 PM