“For him who has conquered the mind, the mind is the best of friends; but for one who has failed to do so, his very mind will be the greatest enemy.” 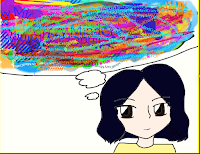 I recently got into an elevator with a baby, two young male toddlers, and their caretakers. Toddler 1 was crying because Toddler 2 had scratched him. “That is not how we act! Apologize to him,” Toddler 2’s caretaker said. He apologized, but Toddler 1 continued to cry; then, however, he stopped for a moment and appeared to be deep in thought. “This is like when SHE scratched me,” he whined, pointing an accusing finger at his baby sister. Then he started sobbing even more.

Watching the drama unfold, I thought, “Wow, this is how it starts.” An event occurs, and the mind has a knee-jerk reaction. Then memory digs up a samskara (mental impression) from the past and presents it to the intellect. The intellect makes a connection: “Oh, this again.” Suddenly, all of the dormant thoughts and emotions from the past are unleashed and applied to the present situation, and the individual starts to overreact. A feeling of contraction occurs in the mind, the ego thickens, and suffering increases.

It was fascinating to see the process play out and to realize how the same thing has happened to me, over and over again, throughout my life. That is, until I started studying yoga philosophy and learned about the mind and how it works.

The mind is not a solid construction but rather “a continuous flow of thought modifications (vrittis),” writes Swami Taponanda in his commentary on the Tattvahodha.

In Jnana yoga, or the path of wisdom, mental function is called antahkarana, or the inner instrument, and it has four parts.

The first part of the inner instrument is manas, or the lower or perceiving mind, which involves the lower mental functions such as self-will, doubt, and craving. Emotion, reactivity, and jumping to conclusions are attributed to manas.

Next is the buddhi (intellect), through which the mind reasons, discriminates, and makes decisions (i.e., the higher mind); it’s the center of knowledge and creative ideas. “At the very subtle stages of meditation, buddhi is discovered to be the function that separated the individual from the true Self in the first place,” says Swami Jnaneshvara on his website, swamij.com.

Ahankara, sometimes called ego, is literally “the I-maker”—the self-asserting principle that identifies with the body, thinks it’s the doer, and is at the root of our sense of separation. “The ego does not mean pride,” Swami Tejomayananda explains. “It is the sense of individuality or the notion of doership…. The mind, intellect and memory (remembered thoughts) keep changing, but the ego is there with every thought. It owns them, as ‘I doubt,’ ‘I remember,’ ‘my ideas,’ ‘my anger,’ etc. It comes into being with each thought. The mind, intellect and memories of each one differs, but the ego remains the same.”

The fourth part, chitta (personal consciousness), can be like a blank screen upon which thoughts and emotions are projected. Yet impressions are also stored there, including samskaras (tendencies or impressions) and smriti (memory). “To meditate on chitta is to cultivate the stance of witnessing the stream of thought patterns rising from chitta and falling back into it,” says Swami Jnaneshvara.

When we have deep-rooted thought patterns or are experiencing strong emotions, it can be helpful to remember the four parts of the antahkarana and observe how they work. “Coordinating the four faculties requires real effort and makes the mind creative, useful, and productive,” wrote Swami Rama.

“Here, the aspirant has delved into the depths of the mind, not merely to meditate on the objects flowing in the stream, but to explore the mechanisms themselves by which the thought process occurs,” explains Swami Jnaneshvara. “It brings one right to the edge of Self-realization.”

And learn how to put these ideas into practice at our Saturday, May 18 Taming the Mind workshop.