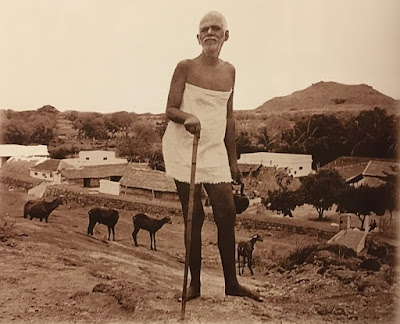 When Adi Sankara wanted to explain the process of simultaneous creation, He gave the example of a city which is seen reflected, in a mirror: ˜"isvam darpana drisyamana nagariâ"(the opening words of Dakshinamurti Stotram). In his time no better example than that was available. But if he were living nowdays,he would certainly have given the very apt example of a cinema projector.

Let us therefore see how Sri Bhagavan used to explain the creation of the world
with the example of a cinema projector.

In a cinema projector there is a bright arc-lamp,in front of which passes a film, and in front of that there is a lens. The rays of the light which comes from the arc-lamp pass through the film, are enlarged by the lens and create a large picture on the distant screen. The arc-lamp in the projector is similar to Self, which shines within our body.

The film which is close to the arc-lamp is similar to the very subtle tendencies or vasanas accumulated within us.

The lenses by which these tendencies are enlarged and made gross are the five sense organs.When the tendencies, which are thoughts in their very subtle seed-form, are projected out through the five senses by the light of Self, they are made gross and are seen as the picture of this outside world consisting of so many different names and forms,which are merely the five sense-knowledges.

That is,the multitude of very subtle tendencies which exist within us is seen by us as the vast universe outside.Therefore everything which is seen outside is in truth only what was already existing inside.

Know clearly that everything which is perceived having come (out) through the mind (and the five senses), was already existing as tendencies (vasanas) in the heart, like a hidden treasure, and (therefore merely) an old story which has come out to be seen.

If there were no arc-lamp in the cinema projector,the picture show could not appear on the screen.Similarly, if the light of self were not present, the creation, sustenance of this world could not take place. The light of Self is that which is commonly known by the name God.

If the film-reel were not in the projector, the picture-show consisting of names and forms would not appear on the screen. Instead only a bright light would be seen there.

Similarly, what shines in the outlook of the Jnani, in whom all the tendencies have been destroyed, is not this world picture consisting of names and forms; what the Jnani experiences is only Himself, the unlimited light of Selfconsciousness. 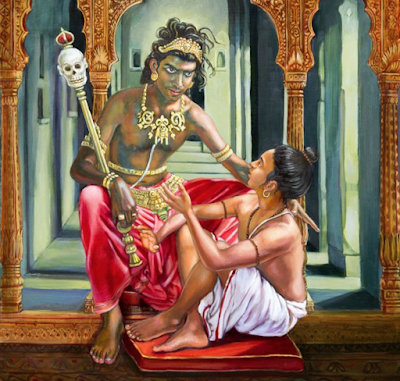 Get up! Wake up! Seek the guidance of an
Illumined teacher and realize the Self.
Sharp like a razor's edge, the sages say,
Is the path, difficult to traverse.


See Kali's column on the path of the razor's edge here. 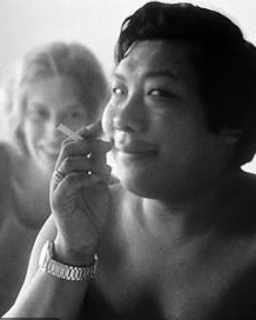 "Meditation practice is not an attempt to enter into a trance-like state of mind nor is it an attempt to become preoccupied with a particular object. There has developed, both in India and Tibet, a so-called system of meditation which might be called 'concentration.' That is to say that this practice of meditation is based on focusing the mind on a particular point so as to be better able to control the mind and concentrate. in such practice the student chooses an object to look at, think about, or visualize and then focuses his entire attention upon it. In so doing, he tends to develop by force a certain kind of mental calm. I call this kind of practice 'mental gymnastics' because it does not attempt to deal with the totality of any given life-situation. It is based entirely on this or that, subject and object, rather than transcending the dualistic view of life.

"The practice of samadhi on the other hand does not involve concentration. This is very important to realize. Concentration practices are largely ego-reinforcing, although not purposely intended as such. Still, concentration is practiced with a particular aim and object in mind, so we tend to become centralized in the 'heart.' We set out to concentrate upon a flower, stone or flame, and we gaze fixedly at the object, but mentally we are going into the heart as much as possible. We are trying to intensify the solid aspect of form, the qualities of stability and stillness. In the long run such a practice could be dangerous. Depending upon the intensity of the meditator's will-power, we might become introverted in a way which is too solemn, fixed and rigid. This sort of practice is not conducive to openness and energy nor to a sense of humor. It is too heavy and could easily become dogmatic, in the sense that those who become involved in such practices think in terms of imposing discipline upon themselves. We think it necessary to be very serious and solemn. This produces a competitive attitude in our thinking -- the more we can render our minds captive, the more successful we are -- which is a rather dogmatic, authoritarian approach. This way of thinking, always focused on the future, is habitual with ego: 'I would like to see such and such results. I have an idealized theory or dream which I would like to put into effect.' We tend to live in the future, our view of life colored by the expectation of achieving an ideal goal. Because of this expectation we miss the precision and openness and intelligence of the present. We are fascinated, blinded and overwhelmed by the idealized goal"


from Cutting Through Spiritual Materialism 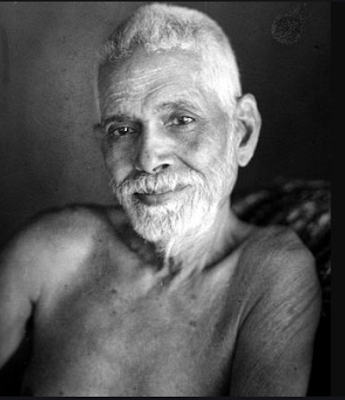 Question: Is concentration one of the spiritual practices?

Ramana: Concentration is not thinking of one thing only. Rather, it is the putting off of all other thoughts which obstruct the vision of our true nature. All our efforts are only directed towards lifting the veil of ignorance. Now it appears difficult to quell the thoughts, but in the regenerated state, it will be found more difficult to activate them! Why should we think of these things? There is the Self alone. Thoughts can function only if there are objects – but there are no objects, so how can thoughts arise at all? Habit makes us believe that it is difficult to cease thinking. If this error were discovered, one would not be so foolish as to exert oneself unnecessarily.

When attention is directed towards objects and intellect, the mind is aware only of these things. That is our present state. But when we attend to the Self within, we become conscious of It alone. It is therefore all a matter of attention. Our mind has been attending to external things for so long, that the latter have enslaved it and drag it hither and thither. If the mind wanders, we must at once realize we are not the body and enquire, "Who am I?" and the mind must be brought back to realize the Self. Thus all evils are destroyed and happiness is realized.

The Self is like a powerful magnet hidden within us. It draws us gradually to Itself, though we imagine we are going to It of our own accord. When we are near enough, It puts an end to our other activities, makes us still, and then swallows up our own personal current, thus killing our personality. It overwhelms the intellect and floods the whole being. We think we are meditating upon It and developing towards It, whereas the truth is that we are like iron-filings and It is the Self-magnet that is pulling us towards Itself. Thus the process of finding Self is a form of divine magnetism.
Posted by Kali Om at 4:00 AM No comments: