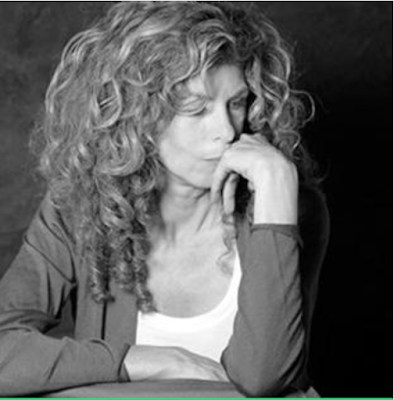 Do you sometimes want to wake up to the singularity
we once were?

so compact nobody
needed a bed, or food or money—

nobody hiding in the school bathroom
or home alone

pulling open the drawer
where the pills are kept.

For every atom belonging to me as good
Belongs to you. Remember?
There was no Nature. No
them. No tests
to determine if the elephant
grieves her calf or if

would that we could wake up to what we were
— when we were ocean and before that
to when sky was earth, and animal was energy, and rock was
liquid and stars were space and space was not

before we came to believe humans were so important
before this awful loneliness.

Can molecules recall it?
what once was? before anything happened?

No I, no We, no one. No was
No verb no noun
only a tiny tiny dot brimming with 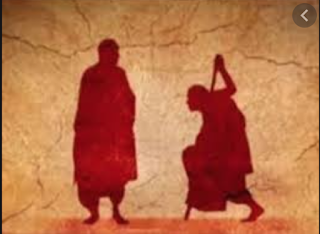 “Meditate on the Atman as immovable, Intelligence and non-dual, having given up external and internal self-modifications and the illusion that you are the reflected self (individual soul).”

Dealing with Change and Fear 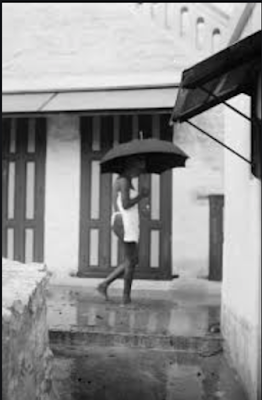 "When we understand that there is something very real deep within us which, unlike everything else, while absolutely dynamic, is not subject to change, we begin to recognize the true nature of our Self. According to some commentators, the Sanskrit term for this Self, the Atman, derives from the verbal root ‘at’ — to eat. So Atman would mean, ‘eater of thoughts’ (+ ‘man’ from the verbal root, ‘to think’). There could be no better etymology, for that which ‘eats’ even mind itself can only be our true nature. Thus to realise this Self is indeed Self-realisation.

"Though we seek to modify the circumstances of our lives and be comfortable within ourselves, we are in general afraid of change. Although we are aware each moment is unique, we resist it because we continually repeat in our ignorant way our old familiar patterns and conditionings, our vasanas. When everything is unaltered we feel secure. Actually all we do is freeze our perception into a tight band of limited consciousness. We insulate ourselves from adjustment and dwell in the delusion that our unchanged existence replicates the nature of Brahman. We have seen that it does not. By reinforcing our conditioning it actually weakens and diminishes our ability to cope with the transformation that is at the heart of all life. Thus we retard our spiritual progress and remain bound by our own conditionings, we neither grow nor expand. Our spiritual knowledge and experience likewise remain limited by our not allowing ourselves to accept and be fully open to change."

-Ram Brown Crowell, "Self-Enquiry, Change, and the Nature of Brahman" (from April-June 2020 Mountain Path)
Posted by Kali Om at 4:00 AM No comments: 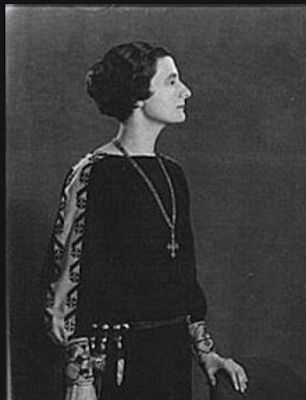 From Reminiscences of Ramana Maharshi

Mercedes de Acosta, a Spanish-American who came to Sri Ramana in 1938, was a Hollywood socialite and scriptwriter for films. Long after meeting Sri Ramana she wrote the book Here Lies the Heart, which was dedicated to: "Thou Spiritual Guide -Bhagavan Ramana Maharshi, the only completely egoless, world detached and pure being, I have ever known."


'A Search in Secret India by Paul Brunton [No.1] had a profound influence on me. In it I learned for the first time about Ramana Maharshi, a great Indian saint and sage. It was as though some emanation of this saint was projected out of the book to me. For days and nights after reading about him I could not think of anything else. I became, as it were, possessed by him. I could not even talk of anything else. Nothing could distract me from the idea that I must go and meet this saint. The whole direction of my life turned towards India. I felt that I would surely go there.

'I had very little money, far too little to risk going to India, but something pushed me towards my goal. I went to the steamship company and booked myself one of the cheapest cabins on the S.S.Victoria.

'In Madras I hired a car, and so anxious was I to reach the Ashram that I did not go to bed and travelled by night, arriving about seven O’clock in the morning. I was very tired as I got out of the car in a small square in front of the Arunachaleswara Temple.1 The driver explained he could take me no further. I turned towards the Ashram in the hot sun along the two miles of dust-covered road to reach the abode of the Sage. As I walked that distance, deeply within myself I knew that I was moving towards the greatest experience of my life.

'When I first entered the hall, I perceived Bhagavan at once, sitting in the Buddha posture on his couch in the corner. At the same moment I felt overcome by some strong power in the hall, as if an invisible wind was pushing violently against me. For a moment I felt dizzy. Then I recovered myself. To my great surprise I suddenly heard an American voice calling out to me, ‘Hello, come in.’ It was the voice of an American named Guy Hague, who had already been with the Maharshi for a year. He came towards me, took my hand, leading me to a place beside him. I was able to look around the hall, but my gaze was drawn to Bhagavan, who was sitting absolutely straight looking directly in front of him.

'His eyes did not blink or move. Because they seemed so full of light I had the impression they were grey. I learned later that they were brown, although there have been various opinions as to the colour of his eyes. His body was naked except for a loincloth. As he sat there he seemed like a statue, and yet something extraordinary emanated from him. I had a feeling that on some invisible level I was receiving spiritual shocks from him, although his gaze was not directed towards me. He did not seem to be looking at anything, and yet I felt he could see and was conscious of the whole world. Hague whispered, “Bhagavan is in samadhi.”

'After I had been sitting for sometime, Hague suggested that I go and sit near the Maharshi. He said, “You can never tell when Bhagavan will come out of samadhi. When he does, I am sure he will be pleased to see you.“

'I moved near Bhagavan, sitting at his feet and facing him. Not long after this Bhagavan opened his eyes. He moved his head and looked directly down at me, his eyes looking into mine. It would be impossible to describe that moment and I am not going to attempt it. I can only say that at that time I felt my inner being raised to a new level – as if, suddenly, my state of consciousness was lifted to a much higher degree. Perhaps in that split second I was no longer my human self but the Self. Then Bhagavan smiled at me. It seemed to me that I had never before known what a smile was. I said, “I have come a long way to see you.“

'There was silence. I had stupidly brought a piece of paper on which I had written a number of questions I wanted to ask. I fumbled for it in my pocket, but the questions were already answered by merely being in his presence. There was no need for questions or answers. Nevertheless, I asked, “Tell me, whom shall I follow – what shall I follow? I have been trying to find this out for years.” Again there was silence. After a few minutes, which seemed to me a long time, he spoke, “You are not telling the truth. You are just using words – just talking. You know perfectly well whom to follow. Why do you need me to confirm it?” “You mean I should follow my inner self?” I asked. His response was, “I don’t know anything about your inner self. You should follow the Self. There is nothing or no one else to follow.“

'I asked again, “What about religions, teachers, gurus?” He said, “Yes, if they can help in the quest for the Self. Can a religion, which teaches you to look outside yourself, which promises a heaven and a reward outside yourself, be of help to you? It is only by diving deep into the spiritual Heart that one can find the Self.” He placed his right hand on his right breast and continued, “Here lies the Heart, the dynamic, spiritual Heart. It is called hridaya and is located on the right side of the chest and is clearly visible to the inner eye of an adept on the spiritual path. Through meditation you can learn to find the Self in the cave of this Heart.”

'I said, “Bhagavan, you say that I am to take up the search for the Self by atma vichara, asking myself the question ‘Who Am I?’ May I ask who are you?” Bhagavan answered, “When you know the Self, the ‘I’, ‘You’, ‘He’, and ‘She’ disappear. They merge together in pure Consciousness.”

'To write about my experience with Bhagavan, to recapture and record all that he said, or all that his silences implied is trying to put the infinite into an egg cup. On me he had, and still has, a profound influence. I feel it presumptuous to say he changed my life. My life was perhaps not so important as all that. But I definitely saw life differently after I had been in his presence, a presence that just by merely ‘being’ was sufficient spiritual nourishment for a lifetime.

'I sat in the hall with Bhagavan three days and three nights. Sometimes he spoke to me, other times he was silent and I did not interrupt his silence. Often he was in samadhi. I wanted to stay on there with him but finally he told me that I should go Backto America. He said, “There will be what will be called a war, but which, in reality, will be a great world revolution. Every country and every person will be touched by it. You must return to America. Your destiny is not in India at this time.”

'When I returned from India, undiscerning people saw very little change in me. But there was a transformation of my entire consciousness. And how could it have been otherwise? I had been in the atmosphere of an egoless, world-detached and completely pure being.'

Guru Purnima is an opportunity to perform tapas and go deep. Learn more here.
Posted by Kali Om at 4:24 PM No comments: