Among other things, he told us that his guru said to practice all the paths of yoga (jnana, bhakti, hatha, karma, etc) to make faster spiritual progress, and to focus most on the one the sadhaka likes best.


- Posted using BlogPress from my iPhone

ASTHANGA CARTOONS
It's harder (and funnier) than it looks.... Seasoned practitioners of ashtanga vinyasa yoga can forget how hellish (and hilarious) the practice can be.... is. Ashtanga student Dan Borden started creating these awesome drawings while struggling through his first few weeks of Mysore classes with me. He showed them to me some time later. They're wonderful reminder of how ashtanga can be poison in the beginning..... If you stick with it, that is. 
And get Miserable YogaMen on t-shirts, stickers, buttons, etc. here. Dan says he'll donate any profits to a yoga charity.
Posted by Kali Om at 4:00 AM 7 comments:

and the students have tight shoulders and the old injuries are flaring up and everyone is as tired as hell....

The past few days reminded me of Ray Bradbury's great short story, "The Long Rain,"

"The rain continued. It was a hard rain, a perpetual rain, a sweating and steaming rain; it was a mizzle, a downpour, a fountain, a whipping at the eyes, an undertow at the ankles; it was a rain to drown all rains and the memory of rains. It came by the pound and the ton, it hacked at the jungle and cut the trees like scissors and shaved the grass and tunneled the soil and molted the bushes. It shrank men's hands into the hands of wrinkled apes; it rained a solid glassy rain, and it never stopped."


But that's the nature of April, isn't it?

May flowers are coming, Madame.


In the meantime, enjoy these (sweet, joyous, sexy) Bollywood monsoon clips.
Posted by Kali Om at 11:04 AM 1 comment:

I AM
Now Playing in Chicago

It's about how the multimillionaire fell off his bike, suffered for a long time, and came to the realization that the affluent life that's held up as the American ideal is actually empty and meaningless. So he gets rid of a lot of his stuff, sells his Pasadena mansion, moves into a (posh) trailer (in Malibu) and sets out to find answers to two questions - What’s wrong with our world? And what can we do to make it better? - by interviewing everyone from Archbishop Desmond Tutu to the late Howard Zinn.

(You can read the Los Angeles Times's not-too-keen review here).


The film's title is based on the one of the most basic mantras, "Soham" (I Am), and it espouses some concepts that will be familiar to any serious student of yoga:

-All living things (even yogurt cultures) are connected.

-Not following your intuition (ie; your heart's desire) will cause you to die a little every day.

-All living things are hard-wired to be empathetic - not competitive.

-Nature functions because it is cooperative, with each being taking only what it needs.

Sadly, the film has nothing to do with Neil Diamond - whose songs sound even better now than they did in the Seventies:

Here are the screening details:

This Saturday I'll teach a Maha Sadhana (Dharma Mittra vinyasa yoga workshop) at YogaNow from 1-3:30pm. This is an amazing way to deepen your practice (and try some poses you may not have seen before); details here.

(Somehow, I'll have to tear myself away from the TV and temporarily cease my new addiction: the spate of the Jesus reality and Bible shows on Planet Green. ).
Posted by Kali Om at 5:06 PM 3 comments:

So the parka, boots & snow brush came out again....

The ashtangis came to class (they love bad weather)....

And the daffodils cringed in horror.

- Posted using BlogPress from my iPhone
Posted by Kali Om at 9:46 AM 1 comment:

Garbha Pidasana is the Embryo in the Womb Pose, and is part of the Ashtanga Primary Series.

It's basically rolling around on the back nine times clockwise while in the lotus position. First, one takes lotus. Then the arms are wedged behind the knees. The hands cover the ears for five breaths while you balance on the buttocks. Then the hands are placed over the face, and you rock around nine times in a clockwise circle.

At least, it used to be nine times.

When I studied with ashtanga vinyasa yoga guru Pattabhi Jois, from 2000 to 2008, he would call out the pose. Once we'd assumed it and held it for five breaths, he'd say, "Nine times rounding!" and we would go around nine times while he counted to five (most of the ashtanga poses are held for a count of five).

In 2008, in Mysore, when Guruji was still alive but not teaching anymore, Sharath (Guruji's grandson), told us to go around five times - not nine. Of course I did it his way in his presence.

But later, I asked Manju (Guruji's son, who teaches in America and with whom I've studied for years) how many times we should rock around. "It doesn't matter," he said.

As I said on Grimmly's blog, I prefer to go with the guru.


Lino Miele put it best, in a workshop he taught in Chicago last year:

"Once the guru dies, everyone goes like this," he said, spreading out his arms. "I don't want to go like this."


Lino - who wrote the book with Guruji - also addressed why we rock around nine times in the pose:

"Because of gestation. According to Pattabhi Jois, when the baby is breach, by doing this you put the baby at the right position."


Read the rest of my review of Lino's workshop here

BE LOVE NOW: THE PATH OF THE HEART
Nuggets from Ram Dass's 2010 bhakti yoga book


Here are some bits I found helpful:

"There are three levels from the thinking mind to the heart-mind. The thinking mind is manas. The intuitive intellect and the faculty of discrimination is buddhi. Individual awareness, the pure sense of I-ness, is ahamkara, which is the heart-mind and the witness. All of these levels of mind emanate from the individual soul, or jivatman, which is our connection to the all-pervading, universal soul, the atman.

"It may be helpful to see these planes as a series of veils or illusions (maya) that keep us separate from the atman, or universal soul. In another sense they are a schematic of the conscious universe. The universal consciousness of the atman is localized in the jivatman, our individual soul. Our most basic experience of selfhood is the individual awareness, the ahamkara. The higher mind, or buddhi, is the discriminating wisdom that mediates between pure awareness and the world of form. The everyday continuum of disparate thoughts and feelings that keeps us identified with sensory expereince is the manas, the thinking mind."

"We cannot cling to forms or our experiences of them, because they decay and dissolve back into their formless state. Attempting to hold on to anything in time is ultimately futile and a cause of much suffering. What is really there to hold on to? In reality there is nothing permanent, nothing sold, nothing constant except relativity and change themselves"

[NOTE: I - CK - would argue that there is one constant: the atman / purusha / Supreme Self / Brahman].

"When we realize how finite are the limits of gratification or possible fulfillment within the play of forms, then despair rises. That despair is born of the world-weary understanding that nothing in form can provide ultimate meaning. It also forces and demands awakening and seeks transcendence of suffering."

"You're giving up stuff that is so connected to the root of your worldly identity that it's like a death. You go through some of the same things people go through when they are physically dying -- denial, anger, resentment -- 'Why is this happening to me?' or 'Can I bargain may way out of it?' First come depression and despair, then surrendering to the situation, and finally the lightness of a new state of being."


"The difference between a guru and us is that s/he inhabits those [higher] planes always, with no discontinuity. S/he lives in the atman, the One. We experience our consciousness as separate, but through the guru's love we begin to experience it as shared in common, because love dissolves boundaries, love is universal. Maharaj-ji brings us as far back as we can go into that state of merging into love before our individuality kicks in and we hold back out of fear of letting go. That's the crux of the whole matter." 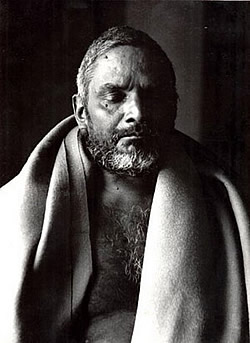 "Once one is established in infinite consciousness, one becomes silent and, though knowing everything, goes about as if s/he does not know anything. Though s/he might be doing a lot of things in several places, to all outward appearance s/he will remain as if s/he does nothing. He will awlays remain as if s/he is a witness to everything that goes on, like a spectator at a cinema show, and is not affected by the pleasant or the unpleasant. To be able to forget everything and to be aloof, that alone is the highest state to be in." 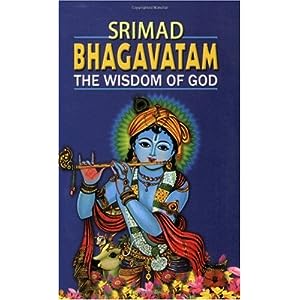 "The Atman or divine Self, is separate from the body. This Atman is One without a second, pure, self-luminous, without attributes, free, all-pervading. He is the eternal witness. Blessed is he who knows the Atman, for though an embodied being, he shall be free from the changes and qualities pertaining to the body. He alone is ever united in me."


How about these statistics:

And here I am with THREE taps in an apartment for just one person!


Today's "Worldview" show on public radio featured a segment on drinking water around the world and the upcoming global water crisis.

Jerome McDonnell interviewed people from The Peer Water Exchange and Ann Feldman, founder of the Chicago group Artistic Circles - which just released the documentary Water Pressures, about water scarcity in Rajasthan, India. It is the most water-distressed region in the world.

Some stats from the movie:

1 in 8 people worldwide lack access to safe water. In the Thar Desert outside Rajasthan, India, local rainfall is just two inches/year. The average individual in Rajasthan uses 4 liters of water/day. In the US 400 liters/day. On Saturday, the India Development Service will present a seminar called, "Water: Sacredness, Scarcity and Sustainability" from 9:00a.m. to 3:00p.m. at the Loyola University Medical Center Strich School of Medicine in Maywood. Click here for more.

I woke up last night and was thirsty.

Before doing anything about it, I marveled that I have the good fortune to live in a place where you can walk a few feet, pull a knob, and watch drinkable water come out of the tap.

I realized that this is not possible in many parts of the world (where the water is not drinkable, or you have to walk far to get it, or there isn't any at all, or it's radioactive).

So I said a prayer for those parts of the world and gave thanks before drinking.
Posted by Kali Om at 6:00 PM 3 comments:

I was riding the bike up to Devon for a dosa & came across an Assyrian parade.

That's one of the things I love about living in a big city....

All kinds of people love, er, live there.

(and when you ring the bike-bell they just might cheer).

PACKING IT IN
This blog ends September 1