From How to Expand Love: Widening the Circle of Loving Relationships
By HH the Dalai Lama 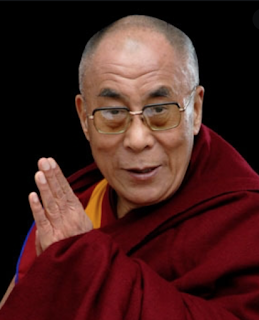 "By being born a human, you have taken on a physical support system through which you can easily achieve both your temporary and your larger aims. Now that you have attained this auspicious life form so unique among the myriad forms born into this world, it is important that you do not waste it. If in this situation you practice merely to attain a good life in future rebirths for yourself, you would not be using your potential fully. Or, if you merely aim to liberate yourself from the tangles of suffering, this would also fall short of your inherent potential. With your humanity you should do whatever you can to attain perfect, complete spiritual development."

The Story of Sage Valmiki 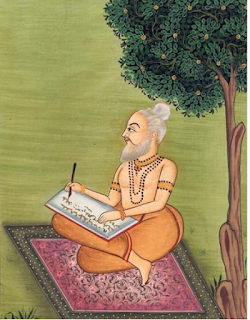 “We would never have had the Ramayana at all had it not been for the Rishi Valmiki and his concern over how to spread out the karmas he had incurred through his chosen profession. Valmiki was not born a Rishi; in fact he was a bandit. His job was waylaying people and robbing them or even kill them. Occasionally he would let them go. One day Valmiki caught the celestial troublemaker Narada, and told him he would have to die because he had nothing of value to steal.

“Narada told him, ‘All right I am ready to die, but please tell me why you rob people.’

“Valmiki replied ‘Because I have to feed my family.’

“Valmiki said, ‘Of course they are! But deep inside his mind doubt suddenly took root. Narada told him ‘Before you kill me and add to the weight of your karmas, why don’t you make sure that your family is willing to share them with you?’

“Valmiki returned to his home to inquire and got the shock of his lifetime when one after another his family members refused to have anything to do with his bad karmas. His parents told him, ‘We raised you and supported you while you were growing up; now you have to pay us back. We don’t care where the money comes from; that is your problem,’

“His wife said, ‘I have borne your children and run your household. You owe me a living, and I am not interested in how you provide it. All your karmas are your responsibility.’ His children informed him, ‘We never asked to be born here. You have created us, and now you have to look after us at your own expense. You will have to worry about your karmas yourself.’

“A shaken Valmiki returned to Narada, who had of course foreseen what would happen. Narada then taught Valmiki about how devotion to Vishnu can eliminate bad karmas. Because Valmiki could not pronounce Sanskrit properly he could not repeat ‘Rama, Rama,’ so Narada ordered him to repeat ‘mara, mara,’ instead. Mara means ‘killer,’ which was something Valmiki could relate to.

“Both ‘mara’ and ‘Rama’ have the same letters, the same Bija mantras, which means there must be a definite connection between them. There is also a definite difference in effect between them, due to the order in which the letters are pronounced, in the same way that there is both a connection and a difference between ‘Hara’ (Shiva) and ‘raha’ (secret).

“Valmiki sat down and began to recite. He sat in one position for sixty thousand years without moving. Ant hills grew over him…”

“By repeating ‘mara’, mara’ at top speed Valmiki actually started to repeat ‘Rama, Rama.’ When he emerged he was a Rishi.

“The Ramayana was composed long before it ever happened. First the Rishis got together and decided they wanted a certain type of Lila. Then they commissioned Valmiki to write the script. It was just like writing the script of a drama or a movie for him. Actually it was simpler; he simply opened himself up, and senior Rishis wrote the Ramayana through him.”

“This is what I mean when I say the Rishis are the puppet masters and we are merely puppets. They decide what is to happen and then arrange for it to happen.” 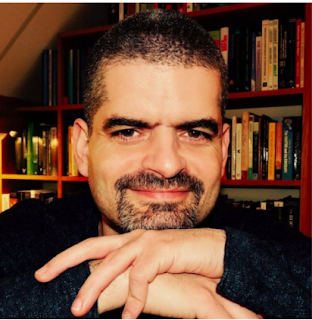 "‘Matter’ is merely the extrinsic appearance—the image—of inner experience; there’s nothing more to it."