Dissolution into the Real 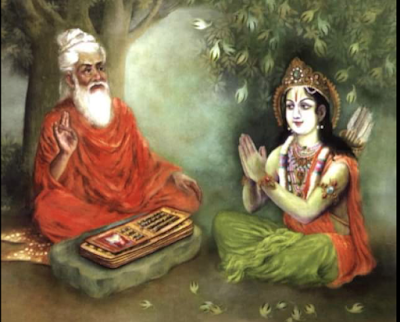 "When the web of thoughts ceases, one’s own natural state is left behind. When the great dissolution is accomplished, the state of non-existence (of objects) is reached, and at the beginning of creation, only stillness remains. The supreme Self (alone) exists – the great Lord, the shining Light which never sets!"

"We have seen that the entire universe is created by sankalpa. Sankalpa is the notion that something exists and different from me, has qualities and is capable of giving me joy or sorrow. The projection of such thoughts, entertaining and expanding upon them creates, sustains and expands the universe. When the sankalpa is withdrawn or falsified the universe also dissolves or stands falsified. Such a falsified world loses its sting and is incapable of giving me sorrow. If we have the power to initiate a Sankalp. We also have the power to stop it. In reality, the Sankalp depends on us for its existence. I can exist without a sankalpa, but the sankalpa cannot exist without me. During the deep sleep state there is  no sankalpa, and so there is no experience of the universe. At that time, I exist as pure Being. This deep sleep state, however, is temporary and the universe again comes into existence upon waking to persecute me. But when the sankalpa ceases due to true Knowledge, the universe ceases to exist in its entirety and I alone remain as I was before the creation of the sankalpa. This is called the great dissolution. For one who has realized this, the universe is falsified once nad for all, in spie of its perception.

"Peace is my true nature and so it cannot be created. Only agitations are created. When they end, peace alone remains.

"The vision of a snake imagined upon a rope is created by the mind. The snake has no actual existence apart from mind. It arises from me and it sustained by brooding over it. When I go to sleep the vision of the snake ceases temporarily. Upon waking, I see the snake vision on the rope again. But when the rope is known as a rope, the snake vision is falsified and disappears along with the snake. The rope alone remains as before. The snake vision can never again appear on that rope.

"The Self is described as the light which never sets. The sun rises and sets. The light of knowledge too dawns and wanes. But the Knowledge Principle. The pure Consciousness neither rises nor sets. It is ever existing. The Self is the Supreme and is Lord of all, having the capacity to rule, control, create and destroy all..." 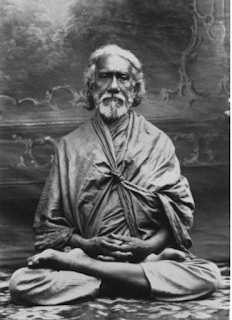 "Everything in the future will improve if you are making a spiritual effort now." 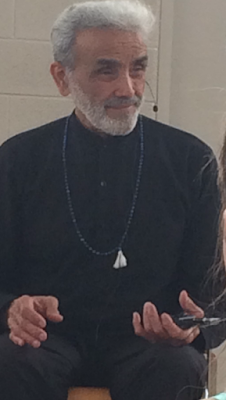 "Make yourself a walking church, temple, synagogue or mosque. Make yourself a place of peace, a fountain of compassion. It’s easy to hate, mistrust, or argue. Do the more difficult thing, and love. Love even those who cause you pain. In many cases, they need it more. Love those you don’t know, because in loving them, they become familiar. Love those who are less easy to love, because their resistance keeps love from them. Love our inferior brothers and sisters from the animal kingdom, because they depend on our love and compassion to survive, especially in the world of today.
"Spend some time each day practicing yoga. If you are established in compassion, all the other virtues, the other Yamas, will cling to it. Niyama, the Yogic practices, will help you live as a Yogi. Asana helps us to make the body healthy. Healthy body leads to healthy mind. Then we are able to attain to the higher limbs of yoga. Move the body every day. With a flexible spine, you are ready to conquer anything. Forward bend, back bend and twist every day without fail. Then you will surely attain glowing radiant good health.
"Pranayama, breathing exercises, will help to calm the mind and Asana and Pranayama work together to help move the attention inward. With the attention firm, we learn to sustain concentration. Concentration without interruption is meditation, and this will help us to attain a heart of wisdom, provided we ask the right questions and look without ceasing for the answers.
"Keep always Yama — the ethical rules of yoga. Without Yama, no Kingdom of G-d and no chance to acquire Self Knowledge. Indeed, without Yama, there is no yoga. The secret to success is constant practice. Without fail, practice yoga [in 2021].
-Sri Dharma Mittra, from his 2020 New Year's Message 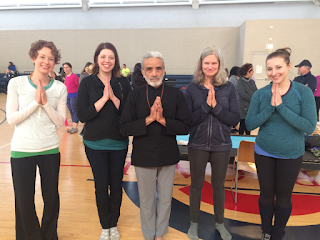 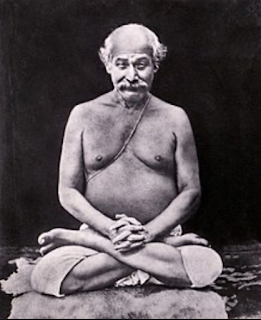 "Clear your mind of dogmatic theological debris; let in the fresh, healing waters of direct perception. Attune yourself to the active inner Guidance; the Divine Voice has the answer to every dilemma of life. Though man's ingenuity for getting himself into trouble appears to be endless, the Infinite Succor is no less resourceful." 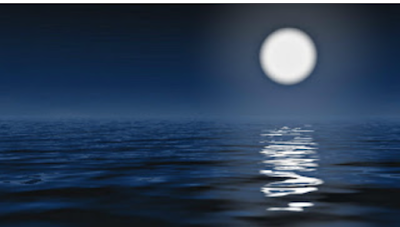 "The Absolute is the original (bimba) and the world is the reflection (pratibimba) just as the moon causes many refection’s in different pools of water and the reflections differ in their clarity according to the degree of cleanliness of the water reflecting it and just as they appear to be stable or moving if the water is stable or moving, similarly, due to the nature of avidya (ignorance), the jivas (living beings) who are the reflections of the infinite, appear to have different forms and types." 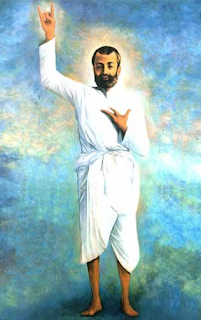 "There are pearls in the deep sea, but one must hazard all to find them. If diving once does not bring you pearls, you need not therefore conclude that the sea is without them. Dive again and again. You are sure to be rewarded in the end. So is it with the finding of the Lord in this world. If your first attempt proves fruitless, do not lose heart. Persevere in your efforts. You are sure to realize Him at last."