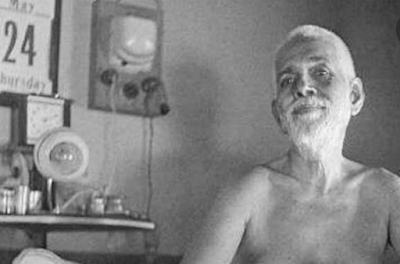 "All this book learning and capacity to repeat the scriptures by memory is absolutely no use. To know the Truth, you need not undergo all this torture of learning. Not by reading do you get the Truth. BE QUIET, that is Truth, BE STILL, that is God." 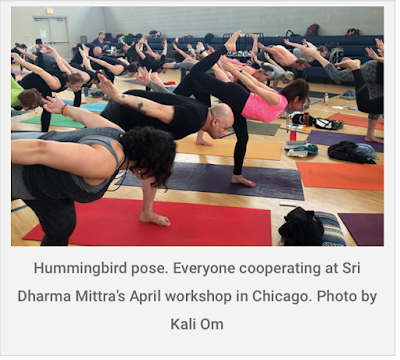 COOPERATION PT. I: IN YOGA

“Regarding cooperation: it’s good for you to try and lose yourself a little—to move beyond the personal self and try and cooperate with others. This really helps us understand that we are all one—all part of the same great whole. The action of compassion is to see yourself in others. If I see myself in you, how can I hurt you, steal from you, or lie to you? Impossible! Learn to see yourself in others and strive always to make every offering an act of adoration to the Supreme Self or the forces behind everything. Then we are all practicing yoga.”

'Yoga means union, or to yoke or join. To cooperate means to “work jointly towards the same end,” or to “assist someone or comply with their requests,” according to The Oxford Living English Dictionary. Cooperation has its roots in love and compassion—or, as Sri Dharma says, putting oneself in the place of others.

'To compete means “to strive to gain or win something by defeating or establishing superiority over others,” according to the same source. Competition has its roots in the feeling of separateness, which the Yoga Sutras of Patanjali cites as one of the main kleshas, or causes of pain and suffering. Competing can actually reinforce and strengthen this sense of isolation.

'But practicing cooperation can sometimes feel like swimming upstream, especially when mainstream society often appears to divide the world into “us” and “them” and reward unbridled competition.

'We can learn to cooperate in yoga class by respecting the body’s limits on a given day, rather than competing with how our body was a decade or a week ago, or comparing our practice with that of the person next to us or someone on Instagram. My first teacher, Suddha Weixler, used to remind us regularly in class that “It’s not a competition.”

'In yoga practice, when we compete, we end up either beating ourselves up mentally or forcing ourselves into a variation of a pose that causes pain—both of which are violations of yoga’s golden rule, ahimsa (non-harming). Sri Dharma equates ahimsa to the Bible’s First Commandment, “Thou shalt not kill,” explaining that it doesn’t just apply to taking a life, but means, “Thou shalt not kill the comfort of others.”

'We can cooperate in class by moving together as a group rather than doing our own thing and distracting the rest of the people trying to follow along. (I’ve noticed lately that the latter has been happening a lot in the classes I teach.) One potential consequence is that new practitioners in class become confused and start following the person who’s doing his or her own thing, which can result in injury. For some reason these lone wolves tend to put their mats in the front of the room, and, as a result, everyone else ends up having a diminished experience.

'Sri Dharma often reminds us in class to “move together like a school of fish” in order to create a collective consciousness. “When you are doing things together, you are inside the collective mind, and share psychic knowledge with each other. That is how you become one.”

'When we move in and out of poses as he describes, the effect is incredibly powerful; everyone ends up benefiting more from their practice. (Sri Dharma also reminds us that the fish who goes off on her own is usually the one that is eaten by a bigger fish.)'

Read the rest of this excerpt from my Beyond the Mat book here.

"Recognizing our responsibilities as industrialists, we will devote ourselves to the progress and development of society and the well-being of people through our business activities, thereby enhancing the quality of life throughout the world."


'While I was CEO, I came across a book that gave me newfound confidence that maybe I wasn’t so broken after all,' writes Kickstarter founder Yancey Strickler in his new book, This Could Be Our Future: A Manifesto for a More Generous World. 'Called Not for Bread Alone, it was a series of essays from the long career of a Japanese businessman named Konosuke Matsushita.

'Matsushita led an extraordinary life. In 1918, he started one of the first electrical companies in Japan, which he ran for more than 40 years. That company continues to operate today under the name Panasonic. Not for Bread Alone shares philosophies and lessons from Matsushita’s long career, which is remarkable not just for its longevity but for its broader idea of prosperity.

'In 1932, he told his employees, “The mission of a manufacturer is to overcome poverty, to relieve society as a whole from the misery of poverty, and bring it wealth.” At this same time Matsushita declared the company’s 250-year goal: “the elimination of poverty from this world.”

'He meant it. In 1936, Matsushita decided to give his employees one day off a week at a time when Japanese workers got two days off a month. It wasn’t until 1947 that one day off a week was standardized by Japanese Labor Standards Law. In 1960, Matsushita went further, announcing that the company would offer Japan’s first five-day workweek. “We need a dramatic increase in productivity if we want to compete with foreign companies,” he said.

'“Having two days off every week will help us to achieve this by giving us ample time to refresh mind and body, and greater opportunities to enrich our lives.” To produce more and to produce better, Matsushita counterintuitively proposed people work less. It took until 1980 for most big Japanese firms to follow, and until 1992 for Japanese government workers to have five-day workweeks.

'Matsushita was also a proud capitalist. “Only by making a reasonable profit — neither too much nor too little — can an enterprise expand and be of greater service to more people,” he wrote. “Moreover, the enterprise contributes to society by paying a large portion of its profits in the form of taxes. In that sense, it is a businessperson’s duty, as a citizen, to make a reasonable profit.”

'The contrast between Matsushita’s way of seeing the world and the “disrupt yourself” tone of my present day couldn’t have been bigger. The words of this 89-year-old Japanese man were transformative for me. I had a leadership role model for the first time.'

Read the rest of this piece in Medium.

Eighth Century saint Adi Sankaracharya wrote many great stotras (prayers) but this is a unique prayer, which is not only a prayer but the summary of all the philosophy that he taught.