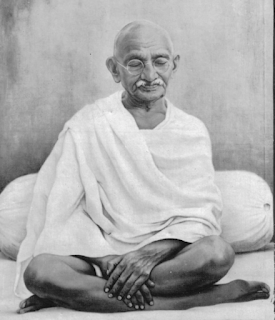 Fearlessness, respect for all religions

Local economy and respect for all beings.

Should be followed with humility, care, and commitment.

"Prayer does for the purification of the mind, what the bucket and the broom do for the cleaning up of our physical surroundings. And that is why we always commence our proceedings with prayer. No matter whether the prayer we recite is the Hindu prayer or the Muslim or the Parsi, its function is essentially the same, namely, purification of the heart." 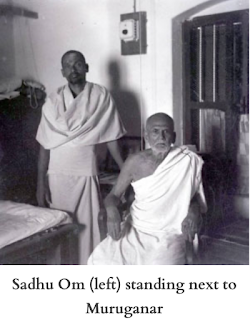 Sadhu Om: "To dwell upon ‘I am’ in whatever way is possible is good contemplation (manana). It is the practice that will root out all interest in other things (second and third persons) and make self-abidance easy.
"Good and bad are based on the limiting concept ‘I am the body’. The experience of the jnani is simply ‘I am’. Though it may seem that the jnani sees differences, he never actually experiences any distinctions such as good or bad. He is ever contented with the knowledge ‘I am’. ‘lam’ is both the way and the goal (as Bhagavan teaches us in verse 579 of Guru Vachaka Kovai).
"Bhagavan [Ramana Maharshi] is the greatest siddha. He knows well what work need be done on us and how to do it. Though we do not know it, he is doing his work all the time.
"Erratic behaviour only occurs if a disciple has a profound change of outlook while still retaining some individuality. Bhagavan will always bring about the required change of outlook (the experience of true self-knowledge) together with the loss of individuality, so no outward changes will be seen in those whom he liberates, and no ‘I’ will rise in them to say ‘I have had this change of outlook’, nor will he say anything (that is, he will not say that they have been liberated). 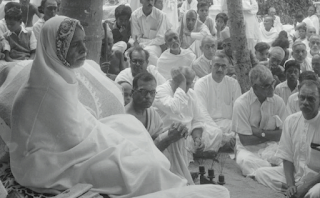 "He used to give the example of a hard-shelled fruit which an elephant swallows whole and excretes unbroken, but when the shell is broken open the contents are found to have been digested. Likewise, when Bhagavan consumes anyone’s ego, they will outwardly appear unchanged. No one can say how many egos Bhagavan has thus consumed‘.
"In one of his verses Muruganar sang to Bhagavan, ‘You have given me sahaja [my natural state] without letting me experience nirvikalpa sama'dhi, close my eyes, or do any sa'dhana’. Such is Bhagavan’s guruship, but if he were asked how he does it, he would say, ‘I don’t know; I just know that I am’.
"There is only a thin line between jnana [knowledge] and ajnana [ignorance or lack of knowledge]. At the right time, a shock may enable one to cross the line and have that small change of outlook.
"'I am’ is neither inside nor outside. Dwell on the fact that ‘lam’ is devoid of limitations. Dwell on the feeling of being. That is self, and it alone exists.
"The karma theory is riddled with loopholes, ambiguities and dubious assumptions. Firstly it presupposes that the ever non-existent ego exists as a doer, and on top of this false assumption it piles up one false assumption over another: the existence of God, a"ga'mya, San‘ciza, pra’rabdha [types of karma], their functions and so on. Do not merely doubt the theory; doubt whether you exist as a doer."
(Recorded by Michael James on 5th December 1977, and appearing in an unpublished work called The Paramount Importance of Self Attention)
Posted by Kali Om at 7:00 AM No comments: 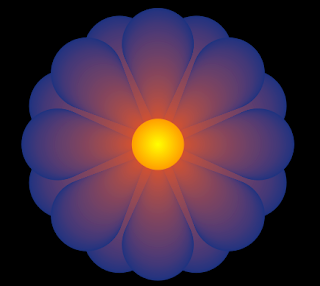 "Sitting in a solitary place, freeing the mind from desires and controlling the sense, meditate upon the Atman which is One without a second, with unswerving attention." 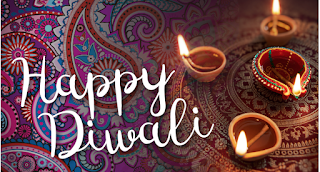 Diwali or Deepavali - the Festival of Light -- symbolizes the spiritual victory of light over darkness, good over evil, and knowledge over ignorance.

The word Diwali comes from the Sanskrit word deepavali, meaning "rows of lighted lamps". Houses, shops and public places are decorated with small oil lamps called diyas. The Diwali Festival lasts for five days. It starts at the end of the “cropping season” at the new moon and is celebrated as the festival of prosperity, wisdom, and light.

Diwali is celebrated 20 days after Lord Ram killed the demon Ravana and rescued Sita from captivity in Lanka. The celebration marks the return of Lord Ram to Ayodha after 14 years of exile. Others celebrate the victory of the goddess Durga over the demon Mahishasura. The festival is also celebrated by Sikhs, Jains and some Buddhists.

To prepare, people clean and decorate their homes, and during Diwali they light candles and lamps, offer prayers for prosperity, and exchange gifts and sweets.

For yogis, it symbolizes the victory of Knowledge over ignorance:

Pavamana Mantra (from the Bṛhadāraṇyaka Upaniṣad)

(Lead us from the unreal to the Real. From darkness to Light. From mortality to Eternity).