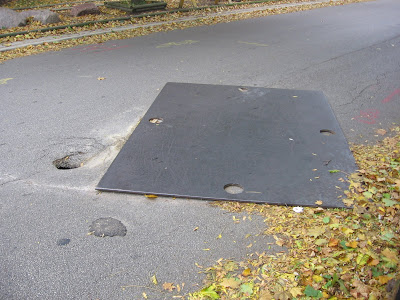 There's been so much traffic that the metal plate has shifted to the point where it is no longer covering the pothole.

Some cars end up hitting both the metal plate *and* getting a tire stuck in the pothole.

Some cars make a severe swerve around both.

At least it's at a jaunty angle...


Upon closer examination, it seems the pothole is indeed the tip of the iceberg, with a sinkhole below - as Dreyfus predicted. 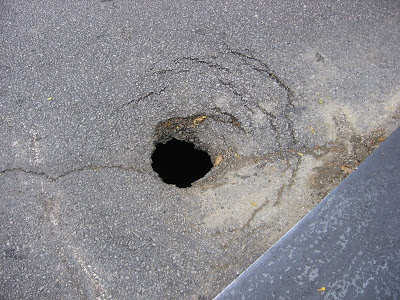 You can see that it's already receding further, and will soon become a massive hole, capable of swallowing whole Halloween Trick-or Treaters.


In the meantime, it's a convenient place to store leaves.
Posted by Kali Om at 4:33 PM