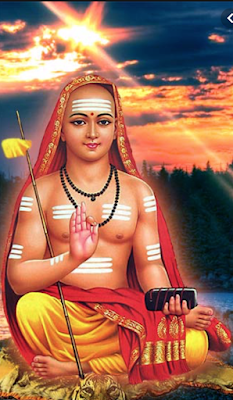 (1) Restraining the senses with the knowledge “Everything is the self” is properly called yama. It should be practiced continually.

(2) The continuous flow of the self-thought to the exclusion of all other thoughts is called niyama. When regularly practiced it causes great bliss.

(3) Renunciation is abandoning the belief in the reality of the phenomenal universe by seeing that it is the ever-conscious self. It is immediate liberation.

(4) Known only to sages, congenital silence is that from which speech and the mind rebound. Observing silence by restraining speech is recommended for those who do not know who they are.

(5). The true posture is the spontaneous and continuous meditation on the self and not the meditation on objects that destroys one’s happiness.

(6). That perfect merger of the mind into the self, the support of the universe and the origin of all beings is known as “the accomplished posture.”

(7) That limitless awareness in which all existence is rooted should be the basis of a yogin’s restraint of mind.

(8) Absorption of the limbs of the Subtle Body in limitless awareness is true equipoise, not the mere balancing of the physical limbs.

(9) The noblest vision is the conversion of the samsaric way of seeing into non-dual vision, not gazing at the tip of the nose with the physical eyes.

(10) Direct your attention to the place where the seer, sight and the seen are non-different, not to the tip of the nose.

(12) Rechaka, breathing out, is the negation of the phenomenal world, and the thought “I am the self” is puraka, breathing in. The steadiness of mind that comes from this practice is called kumbhaka, restraint of breath. This is the true pranayama, not the yogic torture of the nose.

(13) Seekers of liberation should practice pratyahara, the withdrawal of the mind. It is complete absorption in the self, brought about by the understanding that the self is in all objects.

(14) Dharana, concentration, is a steady mind brought about by the realization of the self in every thought.

(15) Dhyana, meditation, is the independence from objects brought about by complete confidence in the thought, “I am limitless awareness.” It produces supreme bliss.

(16) Samadhi, also known as self-knowledge, is the non-attachment to thought brought about by complete identification with the thought, “I am the self, limitless awareness.”

(17) This samadhi reveals one’s natural bliss, which arises spontaneously as one clings to the thought, “I am limitless awareness.”

(18) While practicing samadhi many unavoidable obstacles occur: lack of inquiry, idleness, desire for sense-pleasure, sleep, dullness, distraction, tasting of joy and the sense of blankness. One desiring liberation should patiently remove these obstacles.

(19) As one thinks of an object the mind tends to identify with it. When thinking of the void it becomes void, whereas by the thought of the self it becomes perfect because the self is perfect. Therefore one should always think of the self if one wants freedom.

(20) Those who abandon the purifying thought, “I am the self,” will not succeed.

(21) By continual contemplation of the clay and the pot or the ring and gold or a similar metaphor illustrating the relationship between the self and the world one should understand that when the effect is dismissed only the pure self–which is beyond speech–remains.

(23) The inquirer should first look for the self, the cause, by dismissing all objects as “not-self,” and then look for self by seeing it in the objects.

(24) Once the cause is seen in the effect–the self in the objects–the objects should be dismissed. You are what remains.

(25) The mind becomes what it meditates on with diligence and conviction.

(26) A wise person always understands that the visible and the invisible, including himself, is only awareness.

(27) When the objects are reduced to nothing by inquiry the universe appears as awareness. This understanding fills the mind with endless bliss.

(28) This process of inquiry is called Raja Yoga. For those whose worldly desires are only partially attenuated it is to be combined with Hatha Yoga.

(29) Those whose minds are purified by Raja Yoga will gain self-realization. Purity of mind is quickly attained by devotion to the teacher and the self.